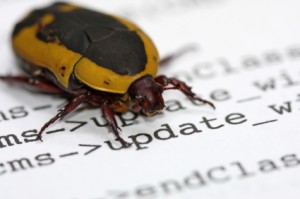 Tomorrow Ubuntu 11.10 (Oneiric Ocelot) will be released officially and I decided to test the RC (release candidate) version on my desktop PC. Being involved in Unity-2D development I used only that desktop environment on my development virtual machine so I didn't have much time to test Unity (3D version).

I must admit that there have been a lot of improvements from 11.04 (Natty Narval) release, but also a lot of bugs and regressions have been introduced. I've noted all the problems I found in every day use and as soon as possible I'll also submit proper bug report on Launchpad for each of them. In the mean time you can give a look to the following list.

Notifications broken: on Ubuntu Natty when an application wants to notify of a new message it popups an icon from the Launcher, then displays a small blue triangle in the top-left corner of the screen. Oneiric doesn’t have the small blue triangle anymore. In this way, if the user is looking away when he gets a notification, he can miss it for hours. There’s no way to know that there is a notify without manually going with mouse to the left and making the launcher to appear.

Notify area icons: often in Oneiric when you click an icon in the notify area (for example the volume icon, the network manager icon ecc...) the popup is shown and suddenly hidden. You have to click a second time to view it.

Notify icon - Empathy: in Oneiric you cannot open Empathy from the notify area. If you click on “Chat” Empathy is open and visible on the Launcher but not on the screen. You have to move to mouse to the launcher then click on it to view the application window.

Empathy: “Automatically connect on startup” doesn’t work. If you enable this option in Empathy it doesn’t start anyway when the system start.

Launcher doesn’t work as expected: sometimes when you move the mouse on the left, Launcher is not shown. You can try it many times and it still doesn’t appear. I’ve to SUPER+D a couple of times (to show/hide Desktop) to show view it. Even the opposite problem happens: sometime you cannot hide the Launcher.

Boot failing: every time I boot Oneiric the first boot fails. I cannot know what happens because nothing is shown on video. I press CTRL+ALT+CANC, the system reboot and then boot normally.

Showing Skype: on Natty you just need to double-click on Skype icon in the notify bar to show it, now you need to click once on the icon, choose “Activate” from menu and you show it. Why the need to complicate an easy thing?

Webcam problems with Skype: with Natty I could use my webcam with Skype without any problem. Now I can still use it but if I activate the view of myself during a videcall, the video completly locks and it doesn’t work anymore. Skype is always the same version, so probably there is a problem with the new driver used.

Window manager: sometimes moving an application window doesn’t work. You drag a window around the screen then suddenly the window stop moving and the mouse icon starts vibrating. You have to release and click again to move the window and stop mouse icon vibrating.

In the next days I'll work on checking for these bugs on Launchpad to see if they're already submitted and if not I'll submit them, hoping they will be fixed as soon as possible before end users start bothering about them.