To understand how a Django Middleware works we need to remember that the basic architecture of Django is composed by a request and a response. A middleware is something that stays in the middle. Let's give a look to the next diagram, taken from official Django documentation: 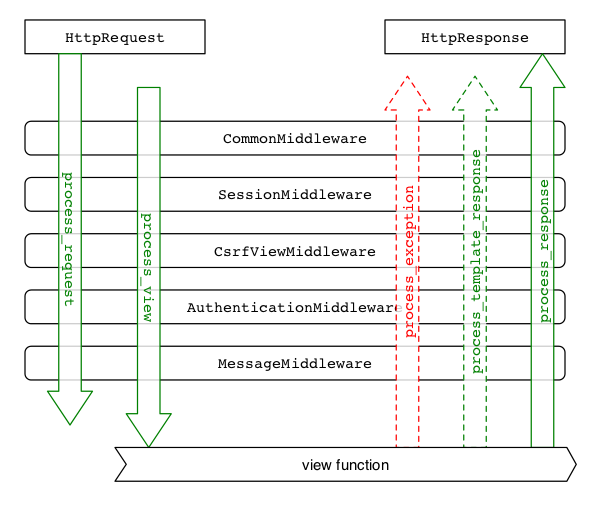 There are four important things to know about middlewares:

Please don't care about how I calculated the time. I'm aware that there are better ways to do it, but I just wanted to keep it simple and show how to implement a simple middleware.

If you want to see a complete example of a project that includes and uses this middleware, here you can find the complete source code: https://github.com/andreagrandi/benchmark-middleware-example