Yesterday in Pistoia (Italy) we had the Ubuntu Global Jam and about 15 people attended the event. We began with an introductive talk by Paolo Sammicheli about the Italian Ubuntu Community and how it is possible to contribute to Ubuntu. We divided in two small groups, one translating from English to Italian (coordinated on IRC by the people of the community) and another group leaded by Marco Trevisan, learning how to implement automatic tests in Unity code (in particular he introduced us Autopilot, more information here: https://wiki.ubuntu.com/Unity/QA/Autopilot ). Next time I would like to ask people to register to Launchpad and sign the Code of Conduct before attending the global jam. We wasted a lot of time with this task. 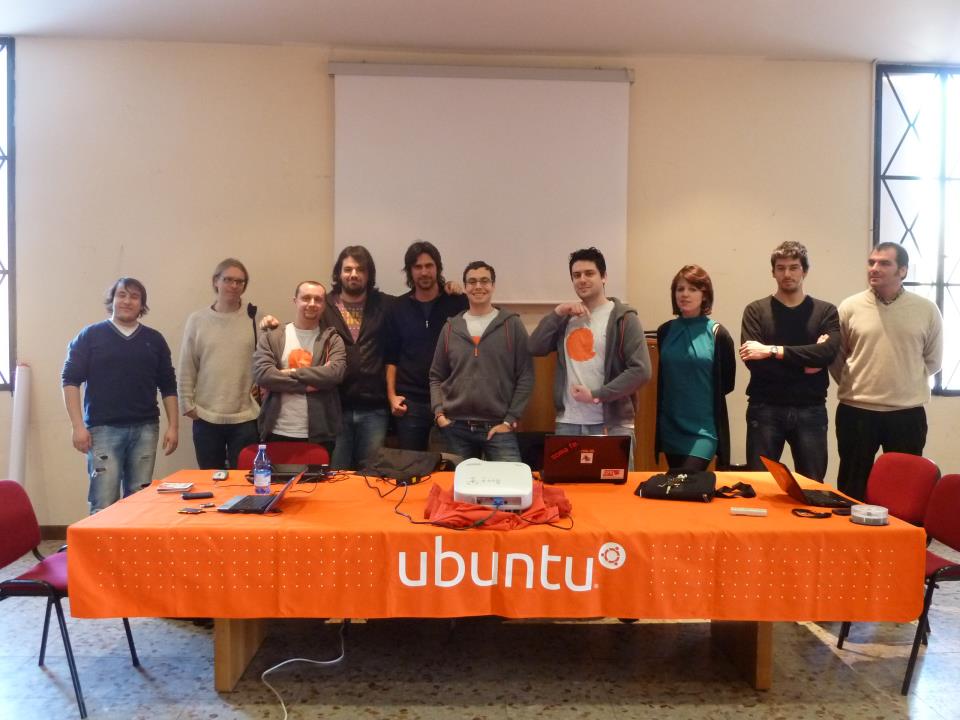 At the end of the day me and the other people from Pistoia, took the other people for a quick tour around the city where we had the possibility to eat some tasty food. It was a very amazing day and people who started collaborating for the first time were very happy! I think this has been a successful day, at least for us. I hope the other LoCo are having a good Jam as well and I really can't wait for the next Ubuntu Global Jam.

Using more than one computer, often it would be useful to have a way to synchronize settings among multiple computers. For example you change the desktop wallpaper on your office PC and you want to find the same wallpaper when you go back home on your personal PC or on your laptop. Language settings, online accounts, privacy settings ecc... are only few examples of settings you could want to have synchronized.

Ubuntu One already gives you 5 Gb space for free and it's available for everyone activating it. It's a perfect place for storing a shared folder with all those settings. Of course not a simple folder, a special one. Applications use settings taken from usual \~/.appName and a daemon takes care of synchronizing data once you're connected to Internet. Just like Ubuntu One does with your documents.

How do I choose which settings to synchronize? First of all you have to activate an Ubuntu One account, if you don't have already done it, then you just have to choose the settings you want using this tool available in Ubuntu System Settings 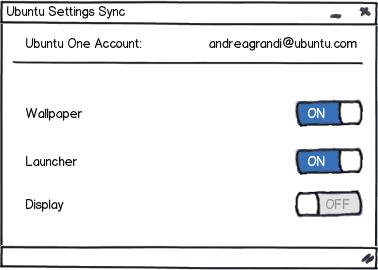 What? A mockup?! Isn't this tool available yet??!! Exactly :) This tool is not available yet, but I think it would be an interesting feature to talk about for the next (not precise, I mean 12.10) Ubuntu release. What do you think about? 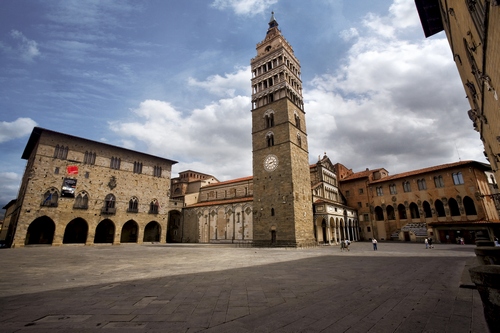 Even this time Pistoia Linux User Group decided to join the international event "Ubuntu Global Jam" organizing it in collaboration with Ubuntu-it Community. The international event will be on March 2nd, 3rd and 4th and we have decided for March 3rd (saturday) from 15:00 CET to 19:00 CET. This event will be organized in a room made available by Circolo ARCI Bonelle. We'll have a room capable of about 100 people and a smaller one with 4 PC and a big table for people who want to bring their own laptop. Wifi internet connection will be available for everyone.

The event will be introduced by a talk made by Paolo Sammicheli of the Ubuntu-it Community and then we will divide in some smaller groups that will dedicate to different tasks. One will be coordinated by Paolo Sammicheli and will be dedicated to testing and bug triaging. Another group will do some translations from english to italian and will collaborate directly with italian translation team talking with them on a dedicated IRC channel. The last group will be leaded by a very good Unity rockstar..... (suspance)...... Marco Trevisan! People collaborating directly with him will try to help fixing some bugs or at least they will learn how to get started to bug fixing (probably we will pick a bitesize bug and we will fix it together).

We've created an event on Facebook and invited all our friends to attend. We really hope that many people will partecipate to this opportunity to make the next Ubuntu version more... "precise"!

Tomorrow Ubuntu 11.10 (Oneiric Ocelot) will be released officially and I decided to test the RC (release candidate) version on my desktop PC. Being involved in Unity-2D development I used only that desktop environment on my development virtual machine so I didn't have much time to test Unity (3D version).

I must admit that there have been a lot of improvements from 11.04 (Natty Narval) release, but also a lot of bugs and regressions have been introduced. I've noted all the problems I found in every day use and as soon as possible I'll also submit proper bug report on Launchpad for each of them. In the mean time you can give a look to the following list.

Notifications broken: on Ubuntu Natty when an application wants to notify of a new message it popups an icon from the Launcher, then displays a small blue triangle in the top-left corner of the screen. Oneiric doesn’t have the small blue triangle anymore. In this way, if the user is looking away when he gets a notification, he can miss it for hours. There’s no way to know that there is a notify without manually going with mouse to the left and making the launcher to appear.

Notify area icons: often in Oneiric when you click an icon in the notify area (for example the volume icon, the network manager icon ecc...) the popup is shown and suddenly hidden. You have to click a second time to view it.

Notify icon - Empathy: in Oneiric you cannot open Empathy from the notify area. If you click on “Chat” Empathy is open and visible on the Launcher but not on the screen. You have to move to mouse to the launcher then click on it to view the application window.

Empathy: “Automatically connect on startup” doesn’t work. If you enable this option in Empathy it doesn’t start anyway when the system start.

Launcher doesn’t work as expected: sometimes when you move the mouse on the left, Launcher is not shown. You can try it many times and it still doesn’t appear. I’ve to SUPER+D a couple of times (to show/hide Desktop) to show view it. Even the opposite problem happens: sometime you cannot hide the Launcher.

Boot failing: every time I boot Oneiric the first boot fails. I cannot know what happens because nothing is shown on video. I press CTRL+ALT+CANC, the system reboot and then boot normally.

Showing Skype: on Natty you just need to double-click on Skype icon in the notify bar to show it, now you need to click once on the icon, choose “Activate” from menu and you show it. Why the need to complicate an easy thing?

Webcam problems with Skype: with Natty I could use my webcam with Skype without any problem. Now I can still use it but if I activate the view of myself during a videcall, the video completly locks and it doesn’t work anymore. Skype is always the same version, so probably there is a problem with the new driver used.

Window manager: sometimes moving an application window doesn’t work. You drag a window around the screen then suddenly the window stop moving and the mouse icon starts vibrating. You have to release and click again to move the window and stop mouse icon vibrating.

In the next days I'll work on checking for these bugs on Launchpad to see if they're already submitted and if not I'll submit them, hoping they will be fixed as soon as possible before end users start bothering about them.